WHAT A DAY AT ALTE FÖRSTEREI! 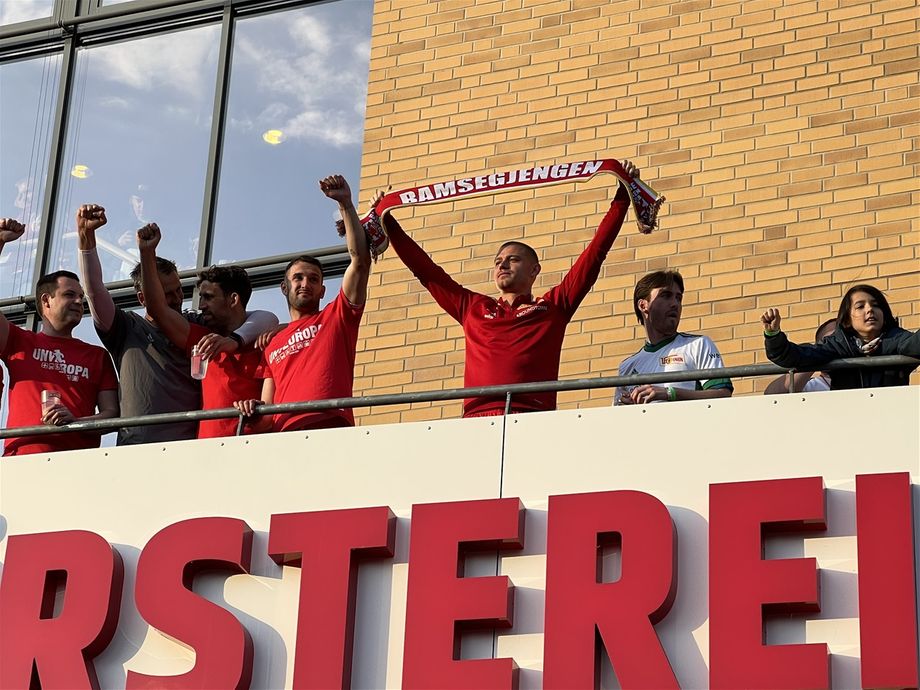 It is most likely a 'don't do it' task to start a football supporter blog right after the last game of the season. However, it has to be done. Because, Saturday was one of those days that everyone who was there will remember forever! The individual moments such as being in Berlin in numbers big enough to be called Bamsegjengen with half a dozen of 'Julian's gang', meeting with all our friends from UFC Ludwigsfelde, watching a great victory, reaching 5th place in Bundesliga, making it to Europe again, the party afterwards on the parking lot - each on its own would have been impressive enough. Having experienced it all in one day was truly magic!

The biggest single moment for me came when Julian presented his Bamsegjengen scarf to thousands of Union fans from the balcony, showing that he is one of us and exposing our supporters club to a massive number of Union fans for the first time. That picture will stay in my heart forever, including the many discussions afterwards when people around us noticed whom the message was for.

And of course there is the big question who our opponents will be in Europe from September 8: ManU? Lazio? Betis? or perhaps Bodø in case they don't make it into Champions League?

What comes next? Well, relegation games Hertha-HSV. Which makes me wonder - what do we as Bamsegjengen prefer; the Stadtmeister derby or the Kiel ferry away game? There are many arguments going both ways. Regardless the outcome, it will be fun next season.

Let's continue dreaming guys and prepare for next year!