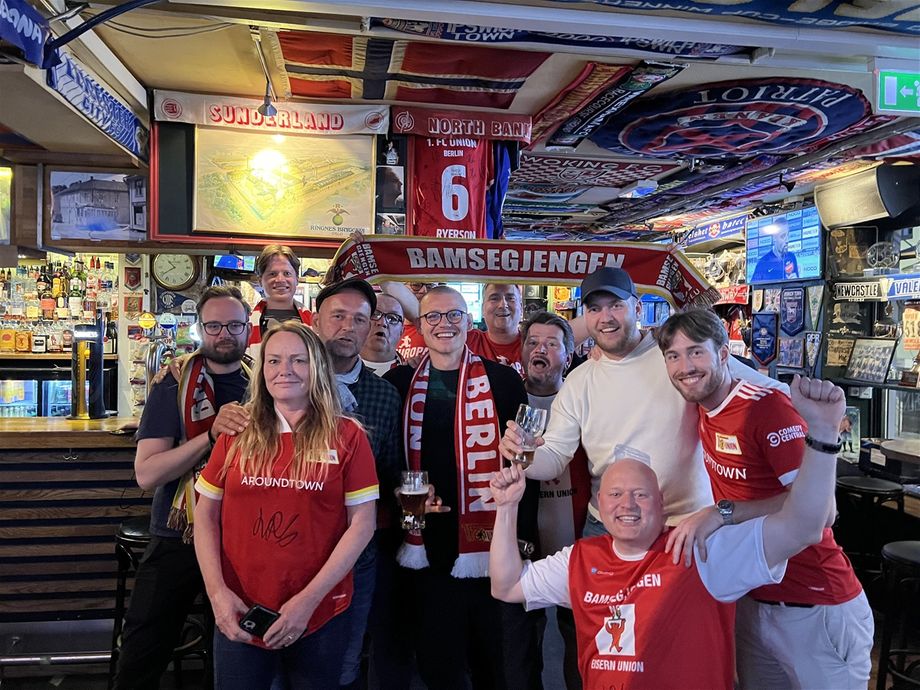 Monday post season, especially after all English football is over and no Vålerenga game in sight, Bohemen can be a pretty lonely place. Yes, there were a few HSV fans and one (!) vocal Hertha supporter ready to watch the decisive relegation game, but otherwise the man on the job running Bohemen that night was looking forward to a quiet evening... . Not so this time: With Julian Ryerson in town preparing for Nation's League games for Norway and the prospect of an interesting match on telly also for us, Bamsegjengen turned up in numbers, cheering, singing, drinking. There were tons of questions that Julian eagerly and openly answered, only interrupted by the occasional song, toast, a signature marathon and the obligatory pictures. All around a great evening with Bamsegjengen in Bohemen and a big miss for those who didn't turn up this time. Good news - there are plans for making this a recurring event each season. Special thanks to Julian for joining the ranks and being so patient with us, Andre for organising Julian's visit, and Bohemen for serving Champaign with the beer!

Oh - almost forgot - there was a football match going on as well ... with Hertha eventually saving her seat in Bundesliga. For us it means at least four times S-Bahn to Olympiastadion with 'Vorspiel' at Preussisches Landwirtshaus next season, and (sadly) only one away game by Kiel ferry. Bremen wir kommen!